Warnings on keywords when importing input file to ABAQUS

I want to analyze a steel frame with pin connections at both sides or one side at some beams. I found the keyword *Release is very useful and convenient, so I resort to this keyword. I wrote the input file with the same syntax rules, so that it will be more convenient for me to establish more models. However, when I try to run the input file, there are warnings and errors even with the input file generated from a successfully run job in CAE. The problem is described in the following figure. 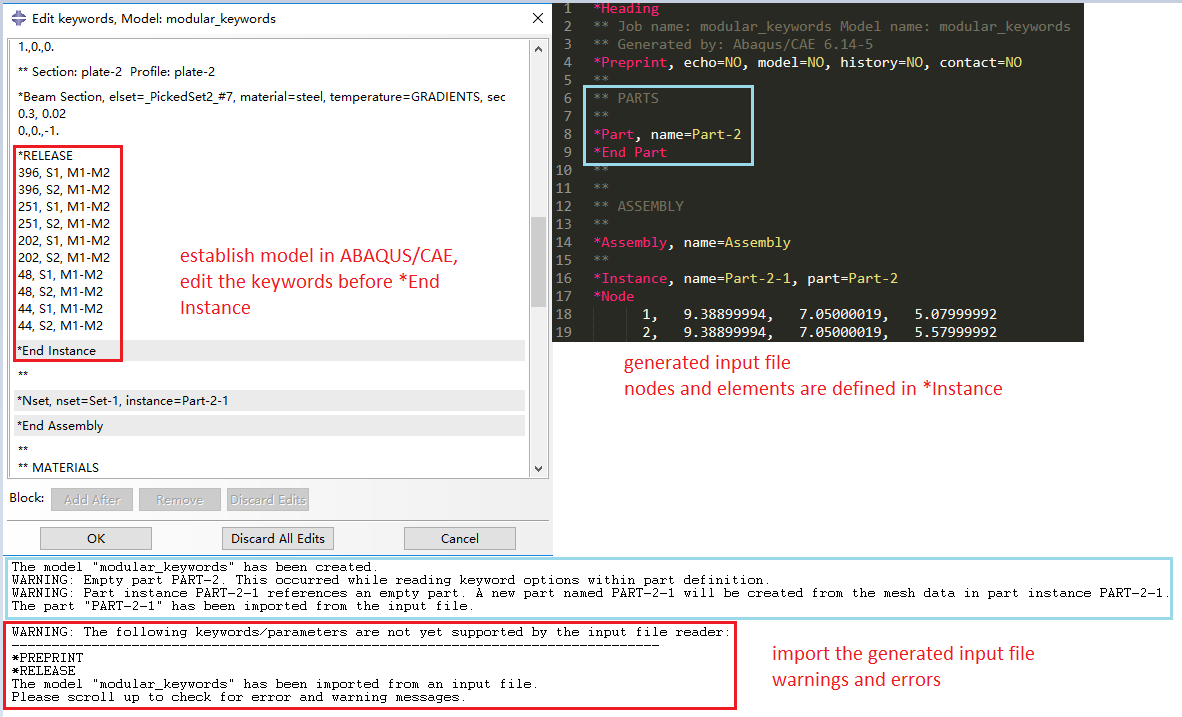 In ABAQUS/CAE, I used python to establish the model. It should be noted that I merged the whole model in the Assembly section. Then I edited the keywords and added the *Release part before the *End Instance. In the generated input file after successfully finished the job analysis, the nodes and elements are established in the *Instance part. When I import this input file into ABAQUS or just run it with Abaqus Command window, warnings and errors occur as the bottom part in the above figure. The model is then established in the *Part part and the keyword *Release cannot be imported.

Error in job Job-1: in keyword *RELEASE, file “Job-1.inp”, line 3593: The keyword is misplaced. It can be suboption for the following keyword(s)/level(s): instance, part

Finally, I found the reason about this error, that is the input file directly imported in to abaqus does not support any additional keywords you added and it only support the keywords that can be generated from the commands in ABAQUS/CAE. As the prompt error shows:

The solution for this is to import the input file and then add the keywords with the function “Edit Keywords…” manually, though it is quite troublesome.